This week’s topic is one that I was very excited about as I feel as though it has been a very long time since I have talked about bookish worlds I would never want to live in.  After I began thinking about which books I was going to include on this week’s list, I soon realised that, unsurprisingly, a lot of these worlds are from dystopian novels, because I’m pretty sure most dystopian settings are not the nicest of places.

So here are eight bookish worlds I’d never want to live in!

A city where you either have to buy your safety or face real monsters that originate from horrific acts?  No thank you!  As much as I loved this duology by V. E. Schwab, I would certainly not want to find myself in this bookish world anytime soon.

This was definitely the first book series that introduced me to a dystopian world that I instantly knew I would never want to live in.  From the insanely corrupt government to the struggle to even survive, and of course the threat of the horrific Hunger Games themselves, I would never in a million years want to live in this bookish world.

I would not like to live in the world in which this book is based, as more than anything I am sure that I wouldn’t survive long in it!  Any world where aliens are running around and trying to invade is not one I want to be in, but this one in particular is one bookish world I hope I never find myself in. 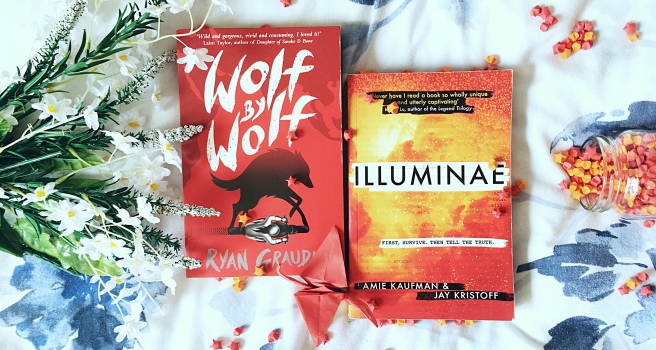 Seeing as this alternative-history novel is set in a world where Hitler has not lost the war, I’m sure its pretty self-explanatory why I would not want to live in this bookish world!

Whilst spaceships and intergalactic war is something I loved reading about throughout this series, it is certainly not a place I would like to find myself in the middle of.  And as much as I adore AIDAN, I can safely say that I would never want to live in a world with this supercomputer in it.

Similarly to Wolf by Wolf, the world in which this classic dystopian novel is set is not one I would ever want to live in.  From the indoctrination and restriction and to the just corrupt nature of this place, this is one bookish world I would not want to find myself in.

What bookish worlds would you never want to live in?  Do you agree with any of my choices?  Have you read any of the books these worlds are from – what did you think?