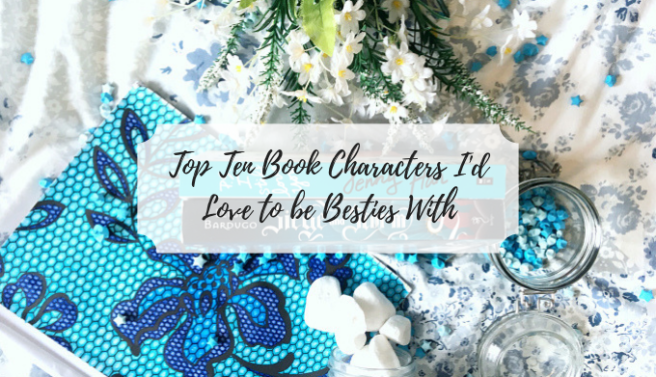 Top Ten Tuesday is a weekly feature hosted by That Artsy Reader Girl.

This weeks topic is one that just sounds like so much fun, as who hasn’t dreamed of being besties with some of your favourite fictional characters!  I had such a hard time trying to actually think about why I want to be best friends with some of these characters rather than just picking them cause they are some of favourites, but I think in the end I managed it.

So here are seven book characters I’d love to be besties with!

The Raven Cycle by Maggie Stiefvater

Although I would love to be friends with all of the Raven gang, if I had to pick one it would definitely be the eccentric Blue.  Not only could we probably share clothes considering I am also on the shorter side, but just being able to hang out in 300 Fox Way would be the best way to spend any free day.

The Gentleman’s Guide to Vice & Virtue by Mackenzi Lee

I am so desperate to go out with Monty, as you just know that you would have the most crazy night when hes around.  You would always have something to talk about the next day no matter how much you forgot about the night before, so whilst I’m not sure being best friends with Monty would be the best decision, it should would be fun. 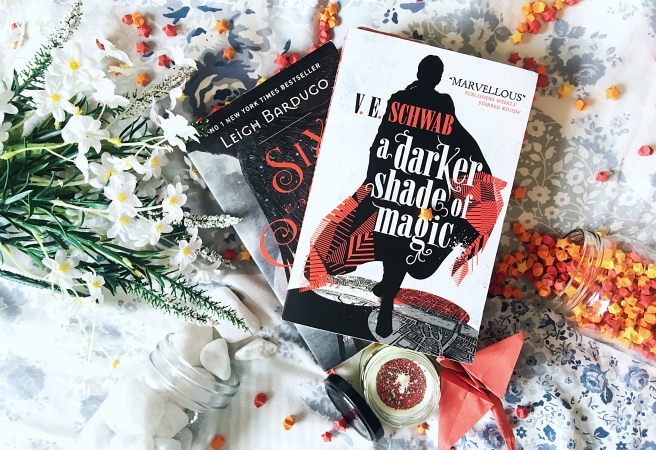 Not only is she one of the most amazing characters ever, but she also loves to eat and so would probably never say no to a waffle or two.  She is so sassy and smart that I am sure I would never get bored of her company, particularly if we are running around Ketterdam together as well.

A Darker Shade of Magic series by V. E. Schwab

Kell always seems to be up for adventure, something that would be great if you were best friends with him as I’m sure you would always be off doing something fun and exciting.  Plus I’d love to see all of the little trinkets and objects from other Londons he brings backs from his travels, as well as all the stories he had to tell you!

The Grisha Trilogy by Leigh Bardugo

I basically just want the chance to fly on his boat with him above the rest of Ravka whilst trying to forget the fact that I’m scared of heights.  Like can you imagine how interesting it would be to see what ideas he comes up with to invent next, and to just follow him around Ravka on all of his many adventures.

Just think of all the baking and sweet treats!  I feel like you would always have fun if you were besties with Lara Jean, watching so many movies with the cookies you just baked.  Add in getting to hang with Kitty and Margo as well, and getting to talk about Peter, John Ambrose and all the other cute guys with Lara Jean, and there is no way I wouldn’t want to be besties with her.

The Long Way to a Small Angry Planet by Becky Chambers

I swear Kizzy never stops or slows down, and so there would never be a single moments rest with her as your bestie.  She would also probably always have some of her favourite food on hand to share, and if needed could fix absolutely anything to get your day or journey back on track.

Which characters would you love to be besties with?  Do you agree with my picks?