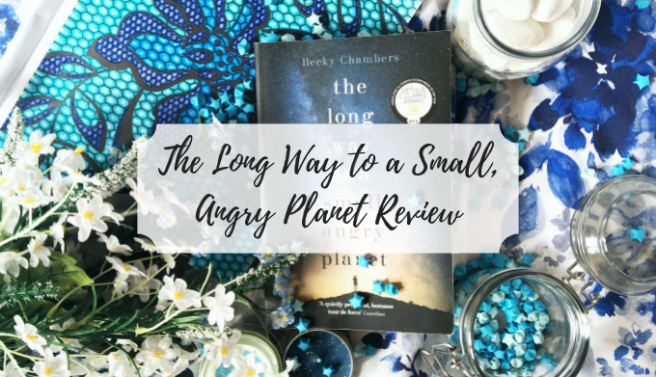 It has been way too long since I’ve written a book review, and so after finishing this sci-fi adventure from Becky Chambers recently, I knew that I just had to share my thoughts on this beautiful story of family and acceptance in a complicated and diverse universe.  I adored so many aspects of this story, from the spectacular characters to the insanely well done world building, so I can’t wait to talk about this book more in depth!

One of my first thoughts when reading this book was that it would take me so long to get through because the writing style was too detailed and dense for me to get through.  And yet, within fifty pages or so, I was following this story as easily as any other, and quickly was beginning to fall in love with Becky Chamber’s writing.  It is detailed, yet still doesn’t let the intricies of things overtake the story, and allows the characters personalities to flow through and keep the story at the right pace, keeping you engaged and hooked throughout.

The beauty of the characters in this novel is honestly everything.

This is one of the few books I’ve read in which it doesn’t feel as though we followed one key narrator, but rather a band of multiple characters each of whom we got to know as well as the rest.  Every single character in this crew gets there own moment to shine and gets the chance to tell their own story, to show you who they are and what they want.  Every one of them is different, from the bubbly Kizzy to the badass Sissix and the laid-back, straightforward Ashby, both in their personalities and in their backgrounds, gender, race and so much more.

Even characters who may fade into the background at the start, such as Ohan and Corbin, get their chance to shine and reveal more layers to their person as the book progresses.  We see how even these characters who at first come across as almost robotic or unemotional have much more to themselves than this face layer, as their deepest fears and emotions are brought to the light, and we begin to feel for them as much as we already feel for others. 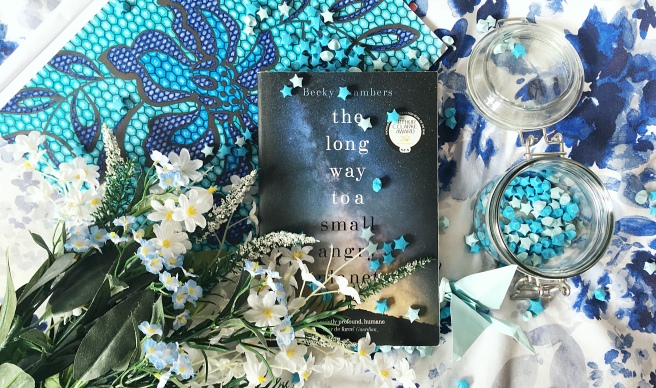 So much of my love for these characters came from the beautiful relationships between them.  Each relationship was unique and different to others so that it never felt like just a copy or parallel of another; some were platonic, some were romantic, some were complicated, and I was invested in every single one of them.  This book made me realise how much I adore the found family trope that is present in so many of my favourite books, as this band of misfits roaming the galaxy together really were a strong unit who supported and loved each other unconditionally by the end of this book.

The universe is what we make of it. It’s up to you to decide what part you will play.

As the characters are such a huge part of this book, the plot was something that sometimes sunk into the background, allowing the development of the crew whilst still being present and moving at a reasonable pace for this story.  It was so interesting watching all of the different situations they landed themselves in throughout their journey across the universe, and honestly I am already excited to see how this story progresses within the next book.

I think we all need to take a minute to appreciate the spectacular world building in this novel.

Becky Chambers doesn’t just create a world, but an entire universe, with its own history filled to brim with different planets and species and cultures.  Everything is so intricately thought through and described so much so that by the end of this novel, I truly felt as if this world could exist and could be real.  Even now, I can recall so many different facts about the different species in this book, each of whom we get to know as well as the others, with this world and all the many details of it fully ingrained in my head.

Have you read this book – what did you think?  Do you agree with my thoughts?

2 thoughts on “The Long Way To A Small, Angry Planet Review (i.e. Can Someone Please Bring Kizzy to Life So She Can Be My New Best Friend?)”