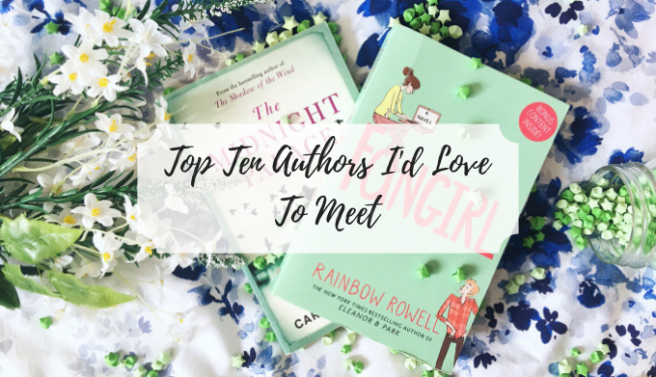 This weeks topic is one that, for whatever reason, I was a little unsure about at first, until I actually sat down to create my list and realised just how many authors I would love to be able to meet.  In fact, there are so many authors such as Renee Ahdieh and Adam Silvera to name a few, who aren’t on this list, not because I wouldn’t adore the chance to meet them, but because otherwise this list would just go on forever and ever!

So here are ten authors who I would love to meet!

There is so much that I would want to tell and ask Markus Zusak about that I’m pretty sure I could not share of it even if I did meet him!  I would just adore the chance to discuss one of my favourite books with the author behind it, especially as this was one of the first books that really got me into reading and made me love it as much as I do now.

As much as I really enjoyed some of his other books, the main reason I would adore to meet John Green would be to thank him for writing the beauty that is Turtles All The Way Down, and for making me, and so many other people living with mental illness, feel that little bit less alone in the world.

I don’t think this will come as a surprise to anyone, but I would adore the chance to meet this amazing woman behind one of my favourite series and some of the best characters I have ever read about.  As with alot of these authors, I would just love to be able to tell her how much this series means to me, and to thank her for thinking up this magical little story.

I wanted to just pick one classic author to go on this list, as I knew that otherwise it would be basically overwhelmed with people like F. Scott Fitzgerald and William Shakespeare, and so I just had to pick the man behind one of my favourite classics, The Picture of Dorian Gray.  Not only would I love to be able to talk about how he came up with the unique concept of this story, but Oscar Wilde himself had such an eventful life that the oppurtinity to just hear his own thoughts and story would be absolutely amazing.

Anyone who can write a book as fantastic as Six of Crows is someone that I would love to meet!  I am super intrigued by the way that Leigh Bardugo is able to create the world of the Grisha-verse and continue to expand and evolve it in her stories, as well as how you can truly see her writing growing and improving with every book.  There also may be a certain thing that happened in Crooked Kingdom that I need to talk to her about, because nothing should be able to break my heart like that!

I am still in awe of the beauty that is The Night Circus, with everything from its complex storytelling to its gorgeous writing being like a masterclass in what I dream of being able to write like and create.  There are so many different aspects of this story that I would love to discuss and delve into deeper that I’m sure the list of things I would like to ask her is never ending!

As one of the few translated authors I’ve read, I think it would be so interesting to meet Carlos Ruiz Zafon and discuss his work that is so beautifully written even after its translation into English.  I would also, once again, just love to ask about his inspirations behind his stories and his books in general, which are some of my all time favourites.

Similarly to John Green, I basically just want the oppurtinity to thank Rainbow Rowell for writing a contemporary that is cute and funny but still deals with topics such as anxiety in such a real way that made this story so refreshingly relatable, and made me feel like there were people out there dealing with these things on daily basis just like me. 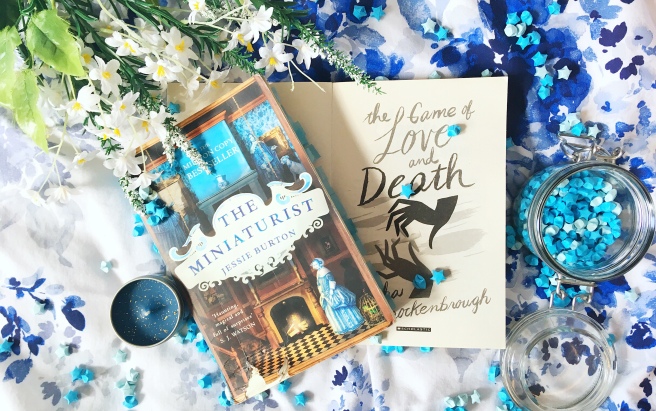 The Miniaturist is such a detailed and complex story and piece of writing that I would love the chance to be able to discuss all of its intricies with the author behind it all herself.  As someone who has studied and analysed this book to death, I can not imagine how interesting it would be to talk about it all with Jessie Burton, and to really understand this book that much better.

Finally, I am going to repeat myself once again, as I would love to meet Martha Brockenbrough to just discuss this underrated beauty of a story that I still think about years after I read it, with everything from the concept of it to the writing that sucks you in from the offset being so well done that I would love to talk to the author behind it.

Which authors would you love to meet?  Have you ever met some of your favourite authors?  Would you also love to meet some of the authors on my list?