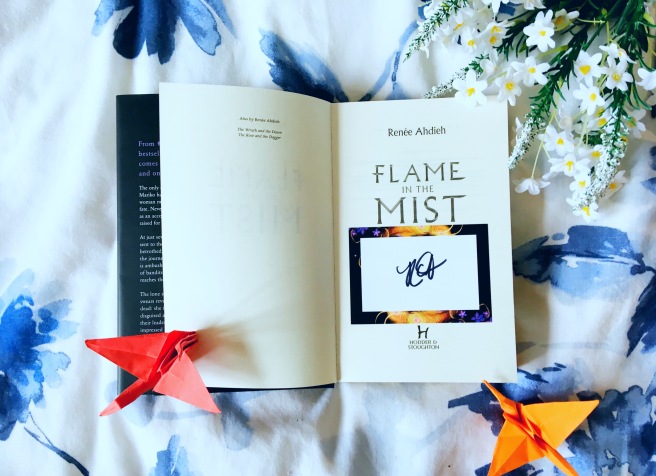 When I picked up this book at the end of August, I was definitely not expecting to love this book.

Although I thankfully knew before I started it that it was not a Mulan retelling, as it was pitched as, I was still pretty sceptical going into it as I had heard quite a few mixed reviews about this one, and so naturally I lowered my own expectations.  I thought that I might enjoy this one, but truly believed or expected to have some problems with it and for it to just be around a 3 or 4 star read for me.

And I can’t tell you how wrong I was.

As soon as I got just 20 pages into this one, I was already hooked on the story and could not wait to read on and find out what was going to happen next.  It has been so long since I have felt as invested in a story, a world and in a cast of characters as I was whilst reading this book.

If you want an addictive fantasy that still has an absolutely amazing plot, and just as spectacular characters, then you need to read this book! 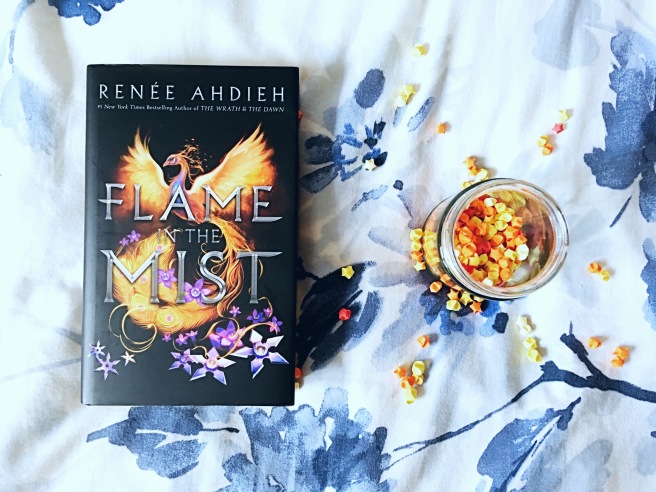 Before reading this one, I thought I had a basic idea what it was about and so assumed I knew what I was getting myself in for.  But, whilst yes, it is ultimately the story of Mariko, dressed as a boy, infiltrating the Black Clan after she is attacked on the way to the Imperial Palace, it is also so much more complex and so many more aspects to it than just this plot.  Not only do we get to follow Mariko’s story, but we also get to delve into the Emperor’s story and into more of the politics of this world and into the lives of those who hold power within it.

It is so interesting to sometimes zoom out almost, and look at the bigger picture, and I loved how these chapters cropped up just often enough to give us an insight into this storyline but not often enough to overpower the main plot of Mariko and the Black Clan.  It gave so much more depth to the story and gave it a complexity that just made this book so interesting and so clever.

And how amazing were some of the plot twists in this?

One surefire way to make me love a book is to never let me know whats coming next, and that’s exactly what this book did.  You could never let yourself believe that you knew what was coming, because just at that moment something else would be revealed to prove you completely wrong.

I just need to read so much more about these characters.

When I first started this one, I have to admit that Mariko was not someone I was a particular fan of.  But as the book progressed, so did she, and so by the end of the book I’m pretty sure she is one of my new favourites.  I loved how much she grew and how much she learnt as the story progressed, and just how strong she was.  Along with the other female characters in this book, she was also just really empowering and stood up for herself in such a patriarchal society.

And Okami.  I can not tell you how much I loved his character.  He was again such a complex character who had so many different layers to him and was just so well written that I couldn’t help but love this character.  I loved learning more and more about him as the story progressed, and just thought he was the perfect anti-hero.

And can we just talk about the romance in this book for a moment?!

It has been so long since I have shipped a couple as hard as I shipped these two.  There was just so much tension between them with their constant back and forth that there was no way I wasn’t going to be rooting for these two to end up together.

Mariko wanted to splash him again.  Wanted to best him in all ways.  Wanted to kiss him silent.

Back to characters, my heart is so happy with the side characters in this book!

We got to see so many different characters introduced to us throughout this story, and somehow all of them will still individual characters, who were all so complex and well written.  They all add something to the story and I honestly just enjoyed reading about absolutely all of them. 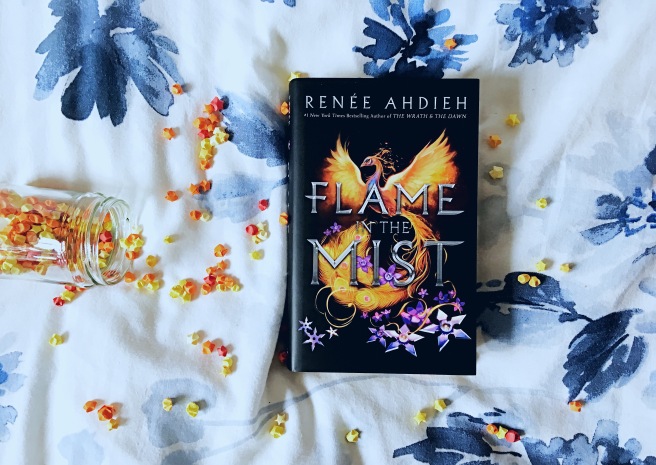 Somehow this one managed to draw you in instantly, and keep you hooked whilst also still creating such rich and detailed settings that are so gorgeously written.  I loved how easy it was to fall into the writing, and just found it allowed the story to flow so well and be told so spectacularly well.

So, did I tell how much I loved this book?

Its pretty safe to say its a new favourite of mine, and one that I don’t think I will stop talking about for a very long time.  Now I just have to wait till next year for the sequel to come out!

“Be as swift as the wind. As silent as the forest. As fierce as the fire. As unshakable as the mountain. And you can do anything…”

Have you read this one – what did you think?